How much do Thai dragon fruits weigh?

A few weeks ago, I caught sight of these beautiful yellow dragon fruits or as many call them The Golden Dragons. They harvested so many and these ones were a bit more on the greener side: 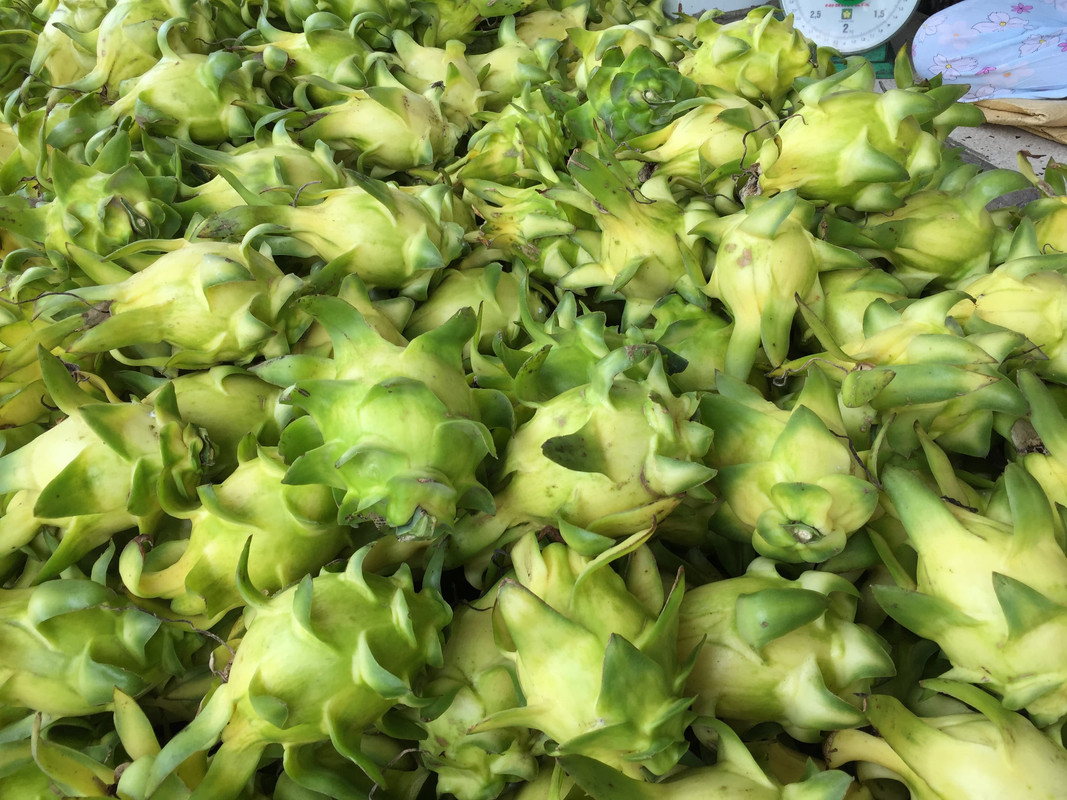 Although I titled this one Thai yellow dragon fruit, I was not really sure if these are the ones. From the appearance, we know for sure they are not the spiky yellow Ecuador Palora.

After digging into more info, I found out that these are actually not the Thai yellows but rather a hybrid of it. I’m not sure which specific variety was used as the mother or father. But it might be a cross between a local white variety and the Thai yellow.

They are growing these in experimental fields in Cho Gao, a mass producer of dragon fruits. So I guess for now we can temporarily call them Cho Gao Yellow. It has different characteristics than each one of its parents.

Let’s have a closer look: 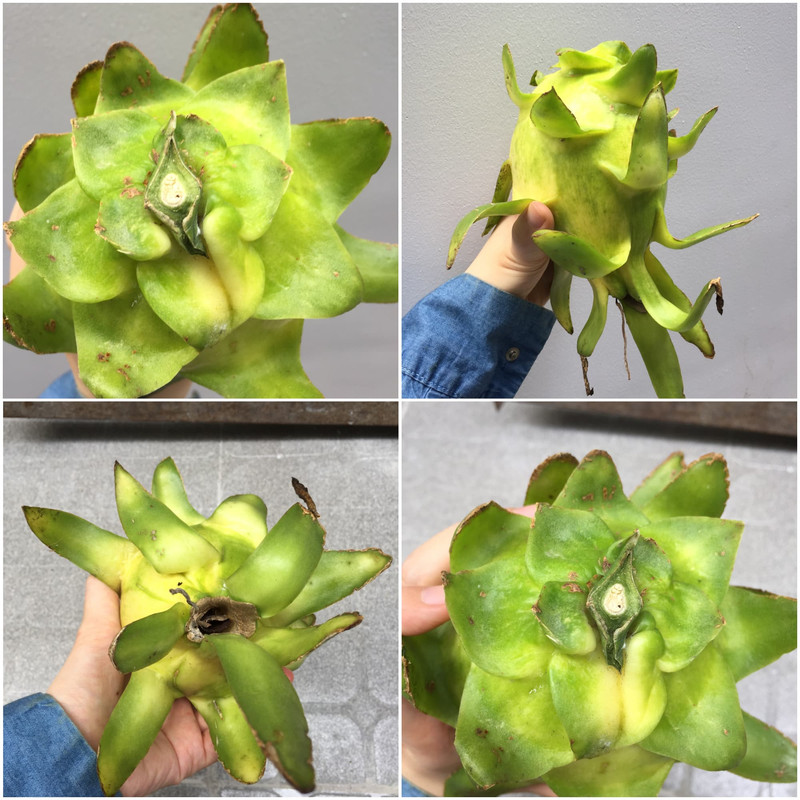 The outside skin of CGY has a kind of blend between green and yellow. This is one difference that I notice on this one compared to the TY, which has a more vibrant yellow color all around.

From what I’m told, this hybrid specie has a notable feature of allowing the fruits to anchor on the branches for maximum size and weight—without dropping or cracking.

Some other red varieties can only hold onto the ripening fruits for 10 days before dropping them down. For the CGY, a fruit weighing 1-1.2 kg (2.2-2.6 lbs) is said to be a typical thing.

So in the end I got exactly 3 fruits. Let’s put them to the weight test!

While they were still green, each of them weighed something like this:

All three sisters were over a pound each. Not bad. The heaviest one weighed in about 1.5 lbs (707 grams) while the smallest was 1.2 lbs (550 grams). Compared to the market’s average, this was a pretty decent weight and size.

After ripening for over a week, the fruits got a bit lighter. I believe they weigh less because of the moisture loss. The biggest fruit, at 707 grams initially, now weighed in about 688: 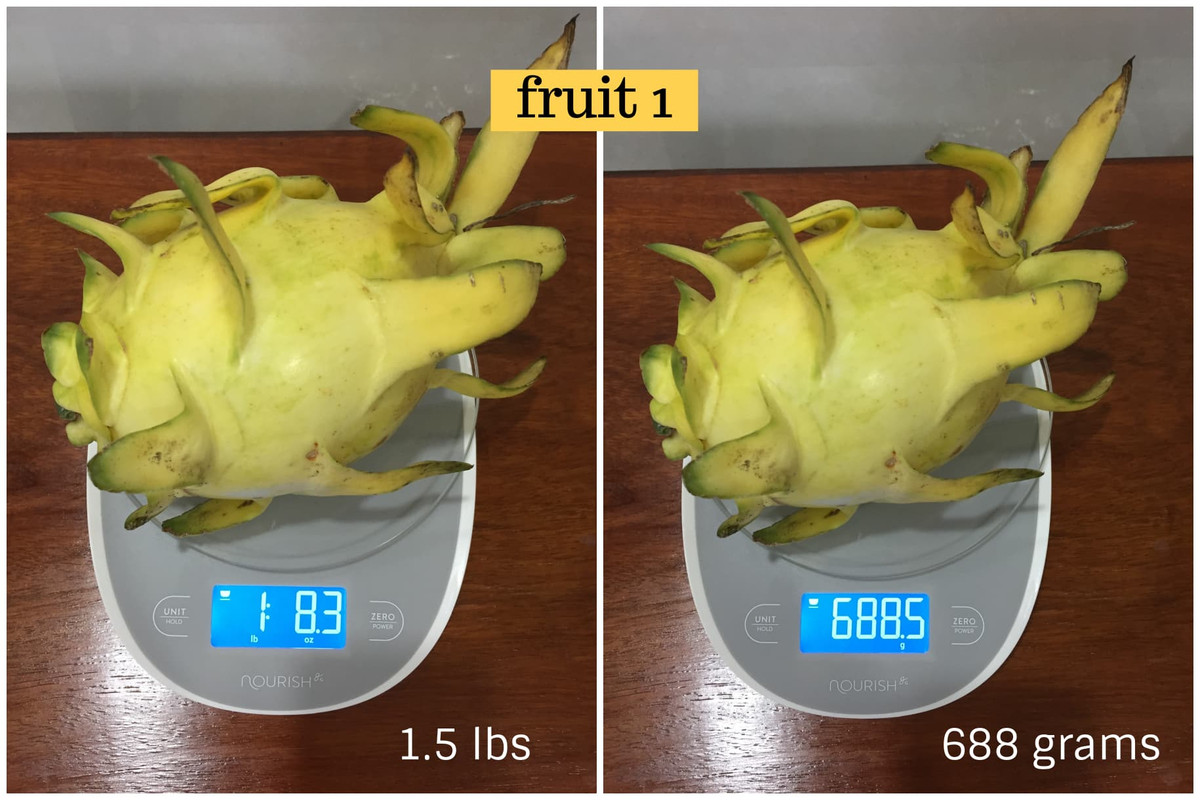 The difference was not significant in pounds. But in grams, it’s about 20 grams lighter. Our baby has also turned more yellow at this point. As you can see, all of the green scales are now more yellow-ish than they were initially. This is what the fruit would look like if you let it ripen to this point on the branch. 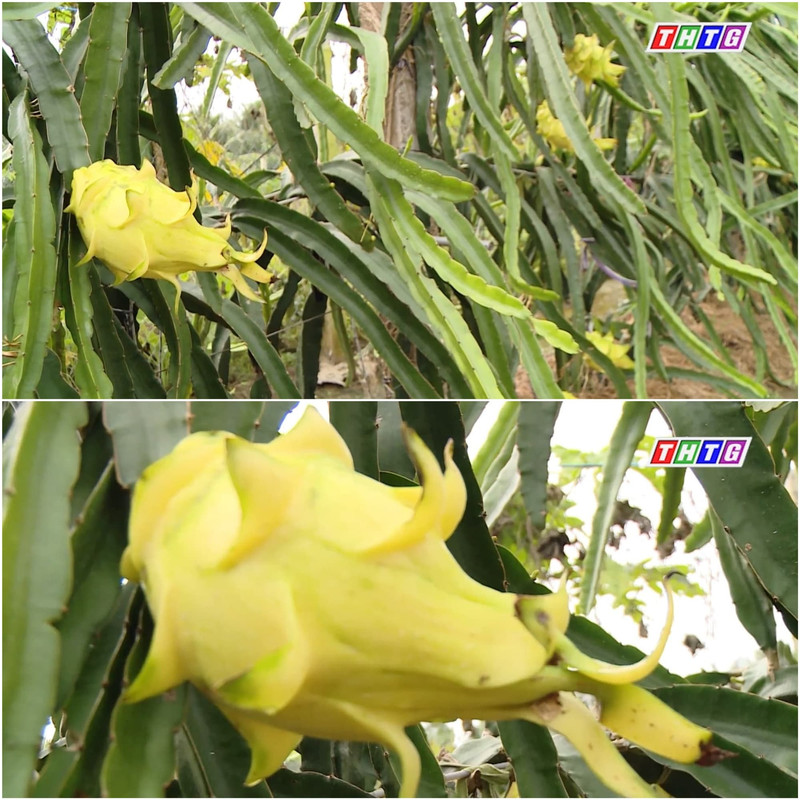 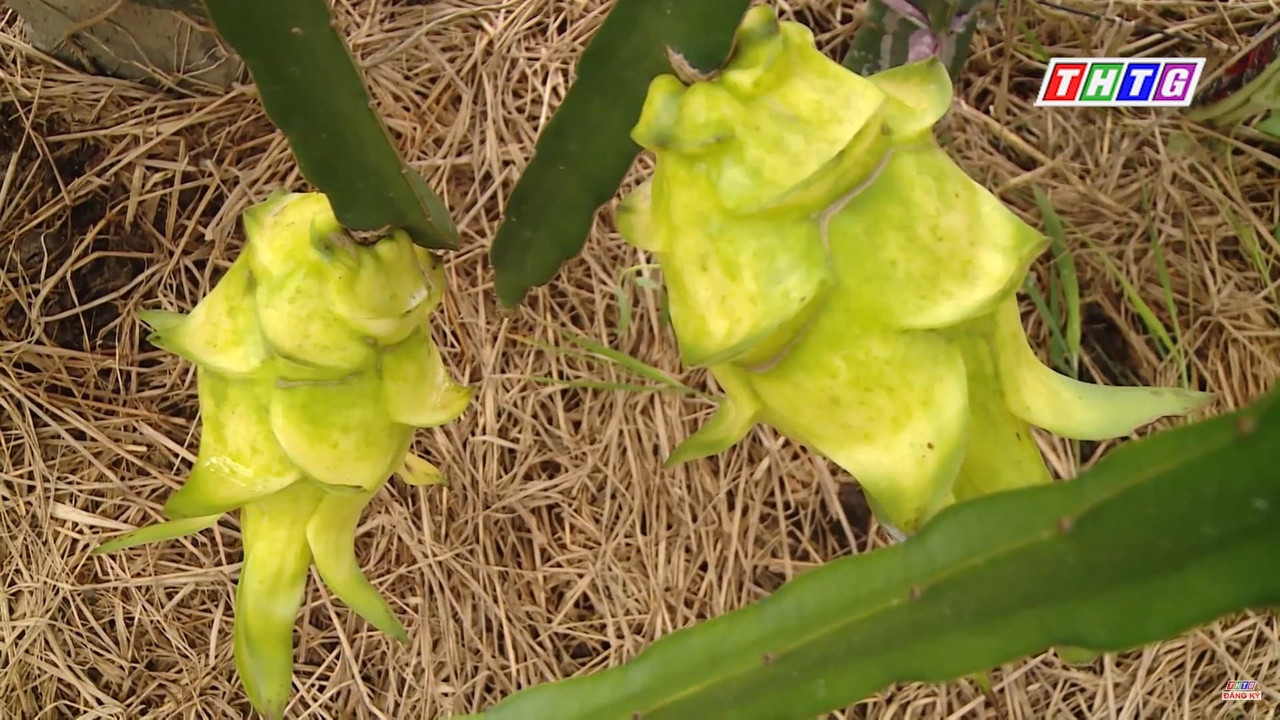 Honestly, at some point, I did think that a part of the fruit might, if I may put it mildly, explode (because it looked so plumb). But of course that didn’t happen. The ripened skin is a very similar color to the rind of a melon. 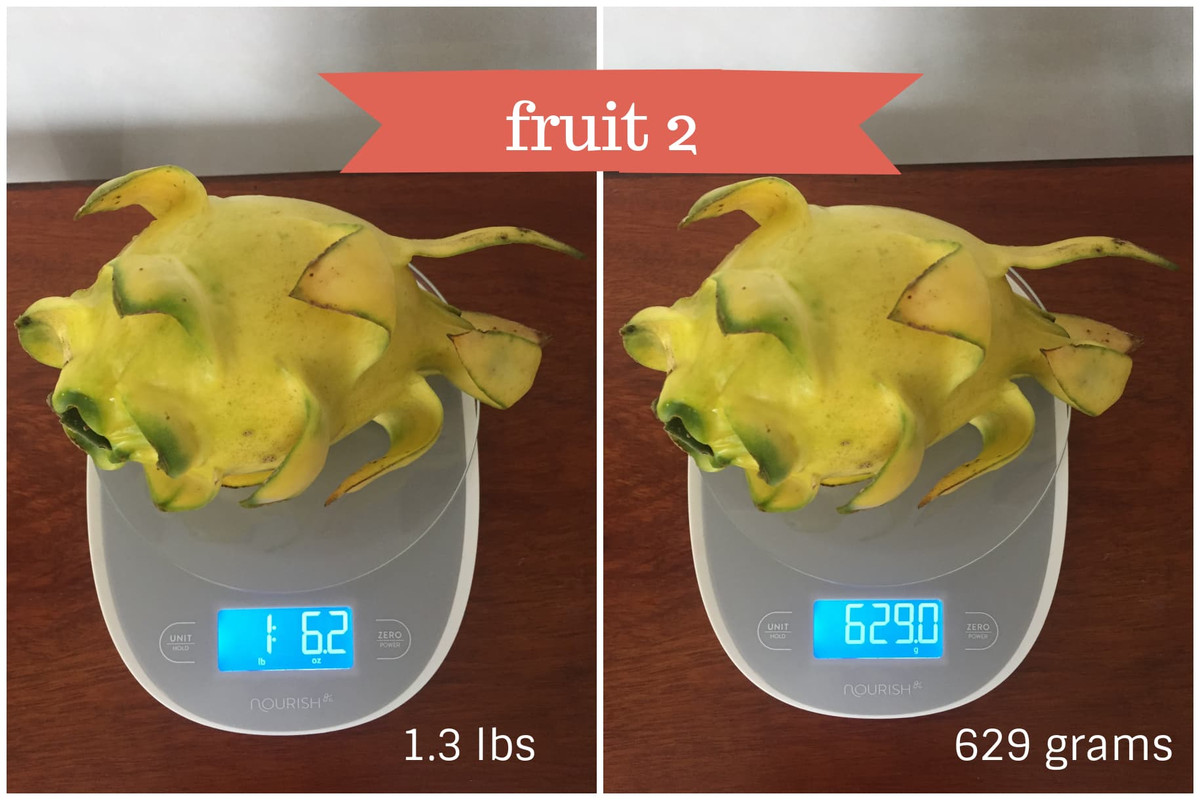 Similar to its elder sister, this baby also got a bit lighter in terms of weight. Specifically, it lost about 20 grams due to water evaporation.

This baby here is not as ripe as the first one we saw as there are still some green edges on the scales. The skin still reflects a darker shade of yellow all around and the fruit body is firmer to the touch.

I forgot to take the pics of the lightest one. But it should very much look & weigh similar to its siblings above. All of the scales would now be turning yellow and when you pop-squeeze the fruit lightly, you’ll feel that it’s a bit softer. As per weight, I would guess it’s around 530 after ripening.

From what the growers told me, we should let them ripen 3 days or more for the best taste. It will be mildly sweet with a nice aroma. The skin will have the texture like jelly.

I will do a taste test / taste review of this yellow variety next—to see if it’s really Golden or more like go-home. In fact, Cho Gao Yellow is making its way to the US, Australia, and many other corners of the world. Very soon, you may find these at your local grocery stores.